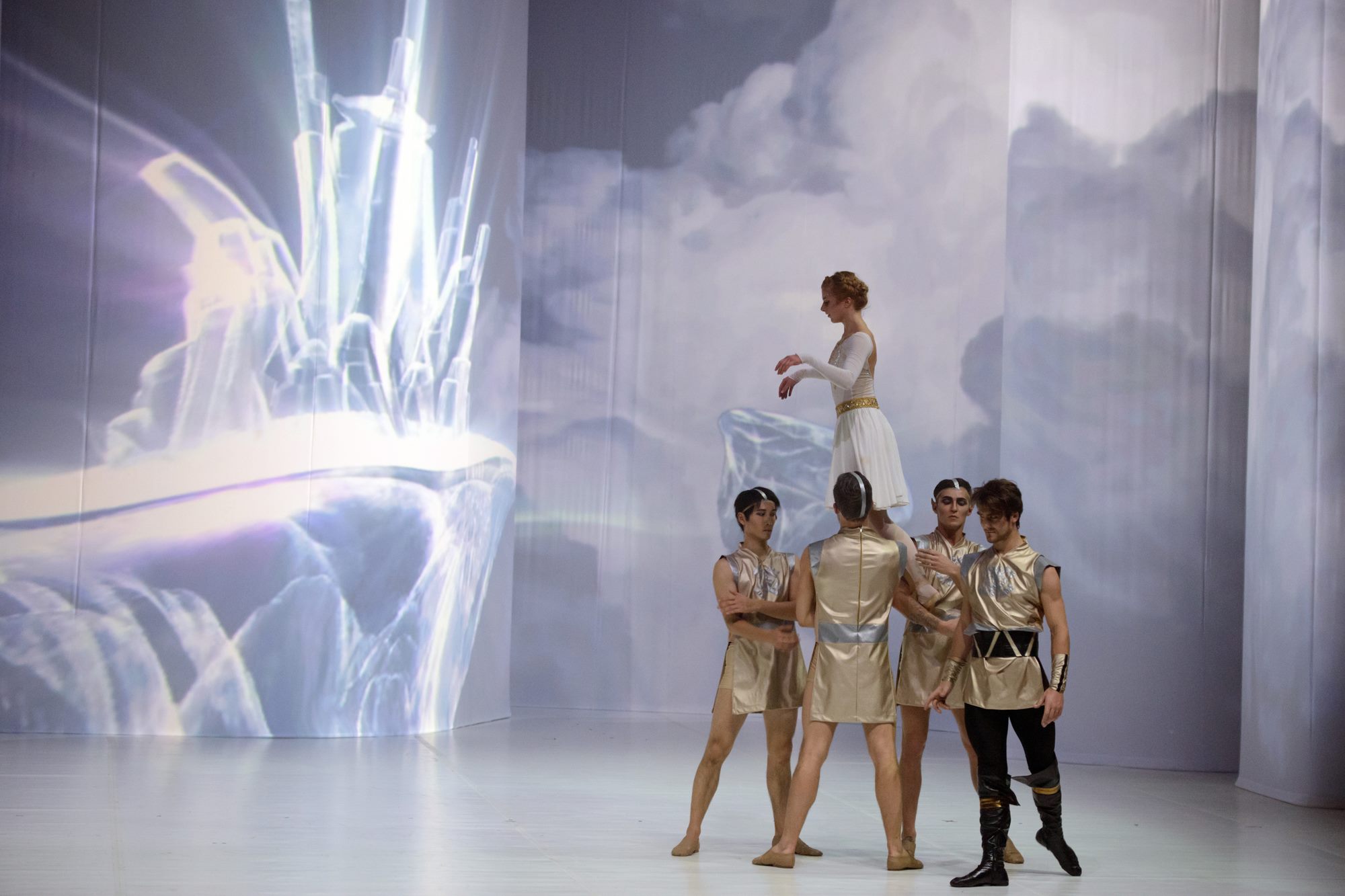 Based on Vincas Krėvė mythical saga: THUNDER VAIVA and STRAUBLYS.

An old Lithuanian folk legend about Vaiva, Perkūnas, and Straublys, will be reborn in a ballet by the Lithuanian impressionist, composer V. Jakubėnas. This production was brought to life by the choreographer Marija Simona Šimulynaitė and her “Baltic Ballet Theatre” troupe. The ballet was produced in partnership with the Lithuanian National Philharmonic – the Lithuanian National Symphony Orchestra, conducted by Modestas Pitrėnas, performed and recorded the music for “Vaiva’s Sash” in the summer of 2014.

„Vaiva‘s Sash“ is a national treasure – nobody dared to produce this piece for decades. Choreographer M. S. Šimulynaitė and her dancers are making history this very moment. The long-forgotten music of V. Jakubėnas shows, that there have been truly great composers in Lithuania and their music has to be brought to the public. According to dancer Kristina Tarasevičiūtė, we don’t have a lot of “us” onstage – the amount of Lithuanian culture here is very small. This ballet is so important for that very reason – the troupe can truly revive Lithuanian nationality.

It is especially intriguing that the music, which is rich in both harmony and polyphony, is combined with the choreographic language of modern dance. The musical traits of the characters are especially vivid and attractive, which the troupe finds very appealing. According to the dancers, it is great that the choreographer Marija Simona Šimulynaitė doesn’t limit them and gives plenty of space for individual interpretation and gives an opportunity to bring their own elements into the choreography.

Dancers Žilvinas Beniuševičius and Naglis Bierancas are very happy with the process. Trupe member Irina Nazrenko mentioned, that the performance will be unexpected, the audience will be surprised after watching the dancers in a completely different light. Yuhi Yonekura called the performance “non-balletic” and completely different. Dancer Šokėja Grytė Dirmaitė believes that the performance will reinforce the spirit of Lithuanian culture, and will help preserve our history and nature. The character Vaiva is a symbol of hope. „You have to believe in what you do, resist the negative forces around you – just do what you want”, said the dancer that is creating the main character.

The journey that it took for “Vaiva’s Sash” to reach the stage wasn’t easy. The composer V. Jakubėnas, inspired by the stylized Lithuanian myth „Perkūnas, Vaiva ir Straublys” (written by the Lithuanian classicist V. Krėvė–Mickevičius), wrote the music for this mythical tale. During World War II, the sheet music was lost during a fire. V. Jakubėnas recreated the pianistic clavier of the ballet, but he didn’t have enough time to orchestrate. During the second Soviet occupation, both of the authors of the ballet (V. Jakubėnas and V. Krėvė–Mickevičius) left the country. For a long time “Vaiva’s Sash” wasn’t even mentioned in the history of Lithuanian ballet.

The society of composer Vladas Jakubėnas, established in 1993, began to pay attention and take care of the ballet “Vaiva’s Sash”. In twenty years the complete sheet music was restored, and the clavier, brought back from Chicago with the help of the author’s sister’s family, was instrumented. The instrumentation that was written in reference to the original pianistic clavier, was performed by composer Marius Baranauskas.