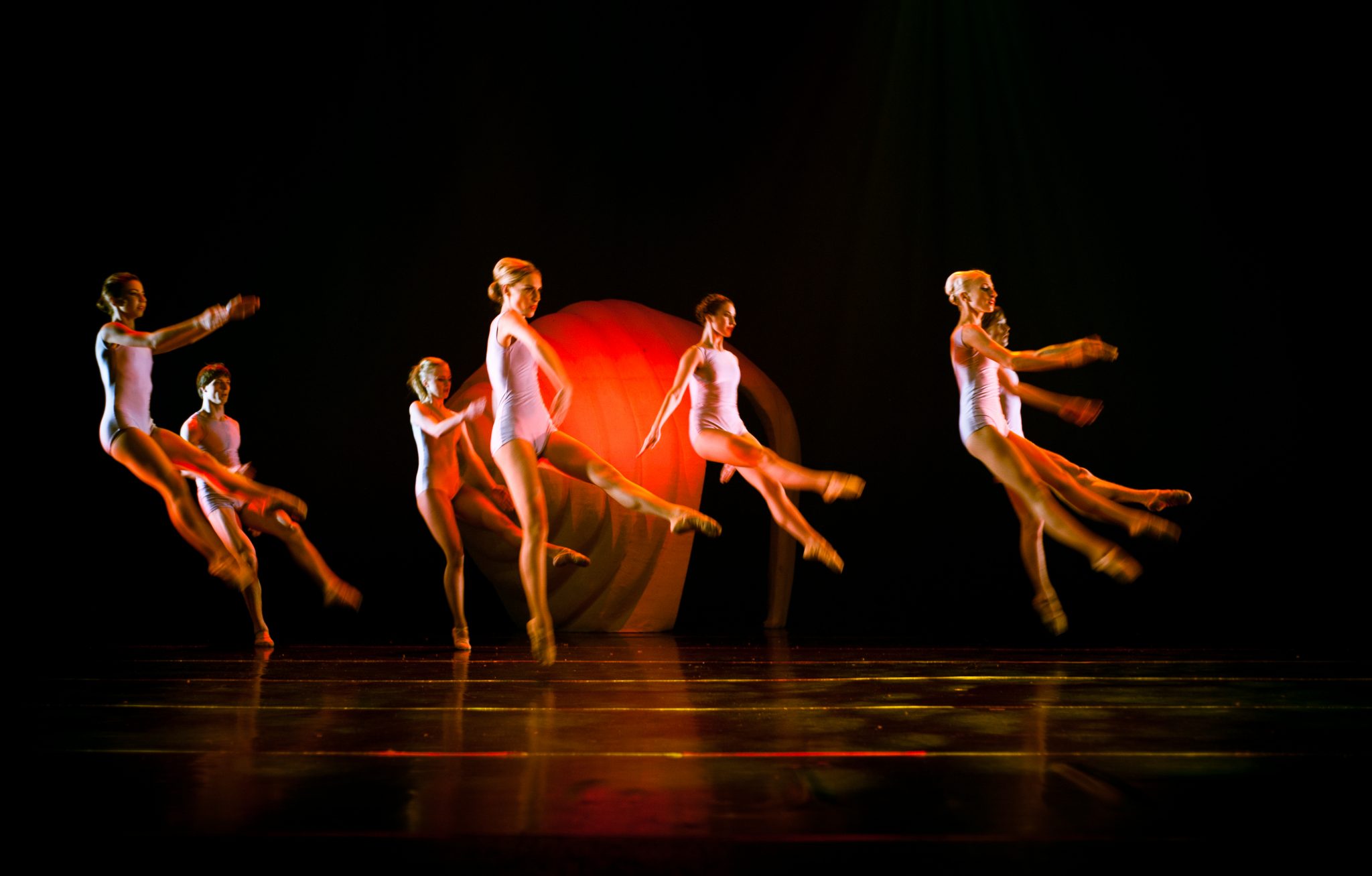 Based on Ivan Bunin novel „Sunstroke“
Music – The Beatles

The actual source of inspiration for SUNSTROKE was the famous British quartet – The Beatles. They promoted the fashion of being a hippy because it also meant independence and prestige. The famous animated music fantasy film Yellow Submarine was created in 1968. It visualized a battle between good and evil where music was the main weapon in fighting the evil force. When the famous musicians from the film traveled from Liverpool to Pepperland they were attacked by the blue meanies, yet they managed to save themselves by playing music they created.

The surreal journey of The Beatles on a submarine became one of the main motifs of the new performance for BALTIC BALLET THEATER. In addition, it is intensified by the elements taken from Ivan Bunin’s novel Sunstroke. In his novel Sunstroke, Ivan Bunin describes a young soldier who, after experiencing a passionate night of love, spends too much time in the sun, gets sunstroke and falls into hallucinations where strange surreal images mix with his feelings.

The dance performance continues the story about the soldier: he falls into water and starts drowning. Suddenly he is saved by the crew of the Yellow Submarine. The soldier and the captain of the ship start sailing through an amazing water-way full of fantasy. They can see the most unusual and extraordinary creatures floating by. Later the captain brings back the lucky soldier to the shore. The soldier recovers, yet suffers from loneliness. The outcome of the sunstroke is painful isolation surrounded by creepy human creatures gathering on the sunny shore.

Such terms as ‘candy shop’ or ‘amusement park’ describe well the set design of the performance. Costumes are inspired by the episode ‘Ocean Deep’ from the famous documentary series ‘Planet Earth’. Various marine creatures are visualized by folds of different materials and vibrant colors.

The famous music of The Beatles, dance and movement, colors and engaging tricks are the real reasons for this dance performance to have been created. Sunstroke will not deal with complicated problems nor will it try to solve philosophical questions. It will not predict a pessimistic future either. The audience will observe a picturesque, energetic and effective dance storm which will appear quite dreamy as it will be enriched with iconic songs. This dance performance is a great dessert for one’s eyes which will certainly leave an exquisite splash of images in one’s memory.